Sarah Whannel and Michael Baker decided early in life to forge a path of self-reliance and sustainability. They didn’t want to finish out their 20s working for employers. They aspired to be their own bosses and (literally) reap their own rewards. From this spark of entrepreneurship, the Homestead Hydroponic Farm in Myakka City emerged. The company’s moniker matched the couple’s vision: to grow a business that would sustain their new, wholesome lifestyle and help the community in the process.

“Before this, Sarah ran a dermatology office and I was working for a yacht management company. We were both burnt out with what we were doing,” Michael Baker says. “We didn’t see ourselves doing what we were doing for the rest of our career.”

Whannel agrees. “We literally started from nothing. But we wanted to have control over everything from step one, even if it wasn’t going to be that profitable for a while,” Whannel says. “We knew it would be a more fulfilling job.”

But before attaining fulfillment, they would have to fill the land. The 7.5-acre Myakka lot they acquired was completely barren—a Southwest Florida swamp. They had to dig a well. They had to build a house. Today, a 4,800-square-foot home and a 5,000-square-foot greenhouse stand onsite. The greenhouse was Baker’s design—sleek and clean—with the latest high-tech equipment.

“Hydroponic was the right move for us. The whole idea of farming and being bent over in the dirt all day, I didn’t want to do that. This way, I can keep it clean and that’s appealing to me,” Baker says. “Every day, I start around 7:30 a.m. and work until dark. It’s very tedious work but when you see something grow from nothing, it’s a really satisfying feeling.”

It is also satisfying for Whannel and Baker to know that there are no chemicals or synthetic pesticides involved in the growing. They produce non-GMO vegetables and clean greens using Integrated Pest Management, which is an eco-friendly method of pest control, and often replace soil with natural media such as coco fiber or pine bark.

They are currently growing seven varieties of tomatoes, four of which are cherry tomato types (striped, yellow and purple), and three beefsteak tomatoes. They have Sugar Snap peas, green and yellow pole beans, three varieties of cucumbers and lettuces, as well as kale, arugula, spinach, and Swiss chard. They also cultivate exotics like the Suyo Long, which is a specialty cucumber.

“We have about 480 tomato plants going right now and are expecting to get at least 20 pounds per plant throughout the season (8,000 pounds of tomatoes),” Baker says. “Last year, when we had purple cauliflower, people would say they’d never seen anything like that.”

As they move into their second growing season, Whannel and Baker are selling their bounty at Phillippi Farmhouse Market in Sarasota on Wednesdays, Central Sarasota Farmers’ Market on Saturdays, and the Corey Avenue Sunday Market on St. Pete Beach.

“We hope to grow nine to 10 months out of the year and bring people quality food they can’t find elsewhere,” Whannel says. “We love it when we see our customers come back and tell us how much they loved what we grew here at our farm. It means so much.” 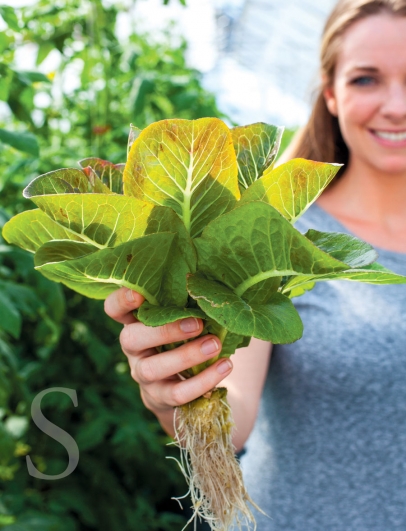 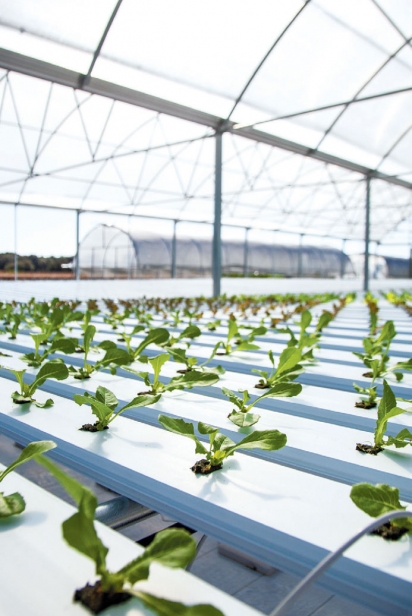 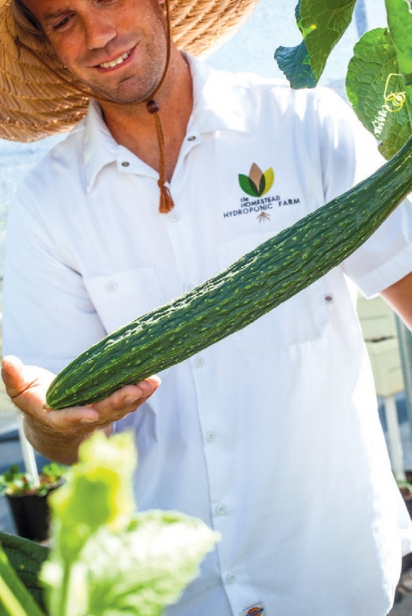 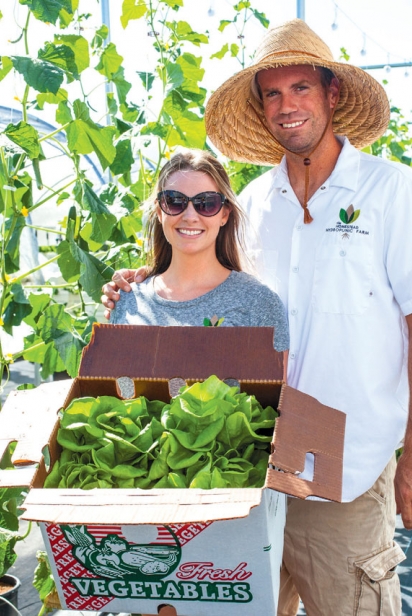 Get our weekly menu!